Earlier that week, I’d shot an interview with a local care-giver who was making medical cannabis edibles with health food-based ingredients. At the time, I was working as a television producer for a large international media company, but as a side project I’d started up Cannabis Frontier, a YouTube channel focusing on the cannabis industry. (Due to YouTube censorship, our most popular videos were all taken down, so I stopped posting new material - but back in the day we had a strong following and millions of views.) Something this care-giver had said really stuck in my mind: “You’re giving your body medicine. Why pollute your body when you’re trying to make it better?”

As anyone who’s ever walked into a dispensary knows, most cannabis edibles are sugary junk food. But why would a medical marijuana patient want to “pollute their body” by dumping empty calories into an immune system already compromised by illness? For that matter, why should anyone have to eat junk food to get high? As a child of the 70s raised on a commune in West Virginia, I grew up immersed in the ethos of the “back to the land” movement, eating healthy organic food that we grew ourselves. I just couldn’t understand why there were no healthy cannabis edibles on the market. So I became obsessed with the idea of creating a cannabis-infused snack that tasted great and was good for you. 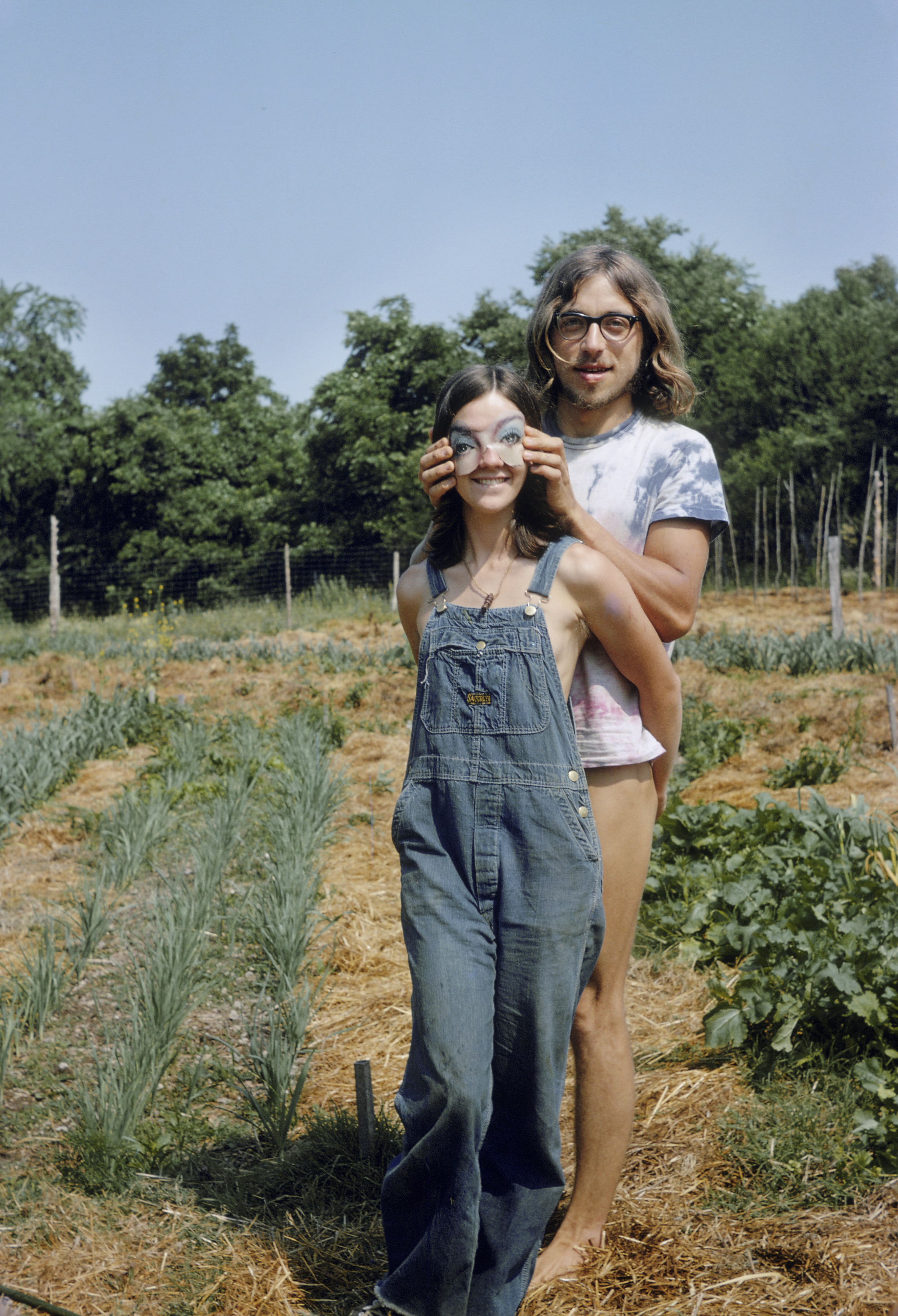 A few weeks later, I found myself in an Oregon kitchen developing a cannabis-infused protein bar with a local nutritionist. I insisted on a few key principles:

Velobar “The Healthy High” protein bars debuted in Portland medical dispensaries in the Spring of 2016. Health-conscious Portlandia cannabis consumers took notice, and reviews were positive. But an early trend emerged that was not at all what we expected: the CBD bar sold much better than the THC bar. 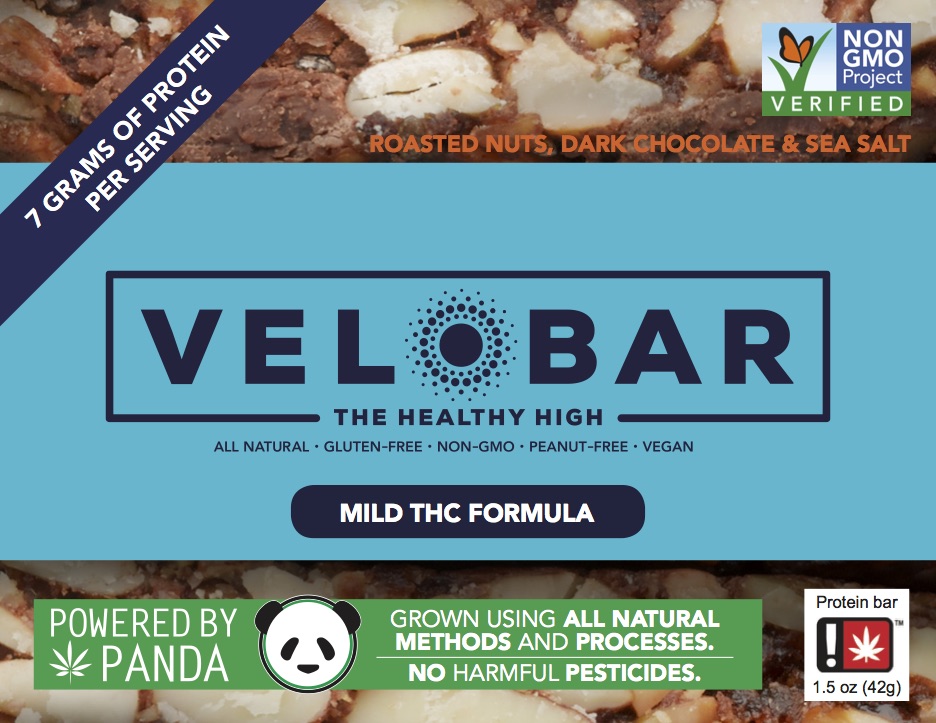 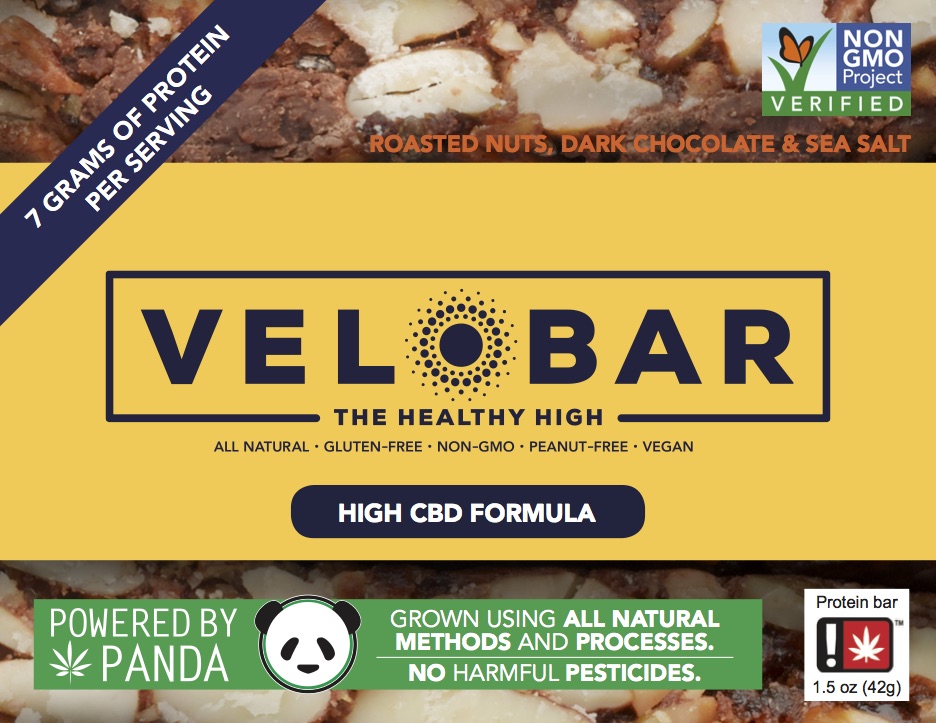 Ironically, even though cannabis had become fully legal in Oregon, many of our customers seemed to want the benefits of the plant without the psychotropic effects - so they were choosing CBD over THC. And on a personal level, I found that I enjoyed the CBD bar in ways that were very different from the THC experience. Sometimes I just wanted to chill out or focus, without being high.

As we ramped up production of Velobar CBD and re-branded with a new, cleaner look, we expanded from Oregon cannabis dispensaries into mainstream grocery stores, as well as coffee shops, gyms, and yoga studios across the country. It turned out plenty of people - not just health-conscious Oregonians - loved our great-tasting high-protein CBD snack bar! 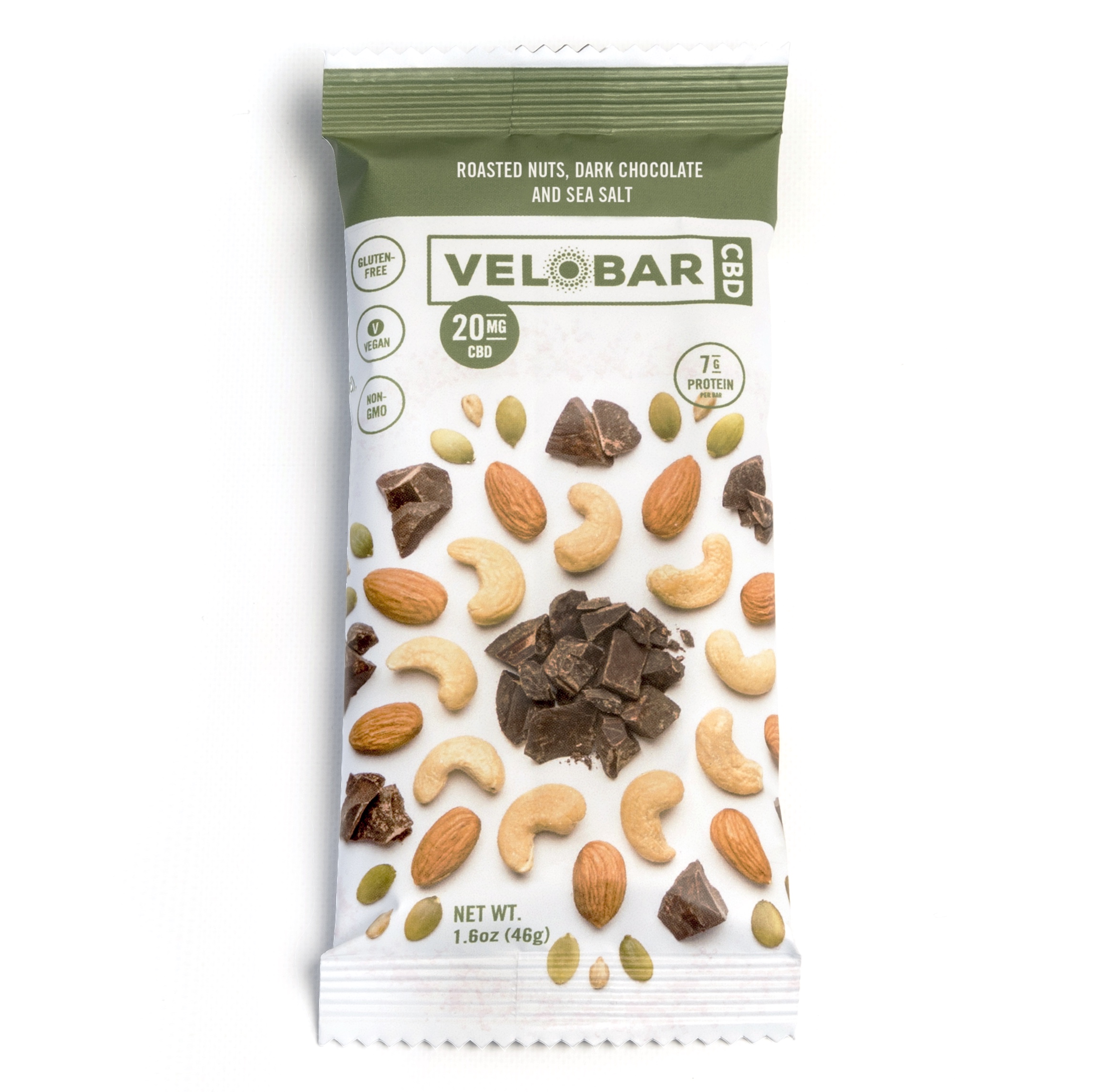 As Velobar enters the new decade, we’re poised to take the next big step in our evolution, with an upgrade to our original formulation (more CBD + more protein), and the introduction of a new Peanut Butter flavor...with 25mg CBD, 10g of plant-based protein, and so, soooooo tasty! 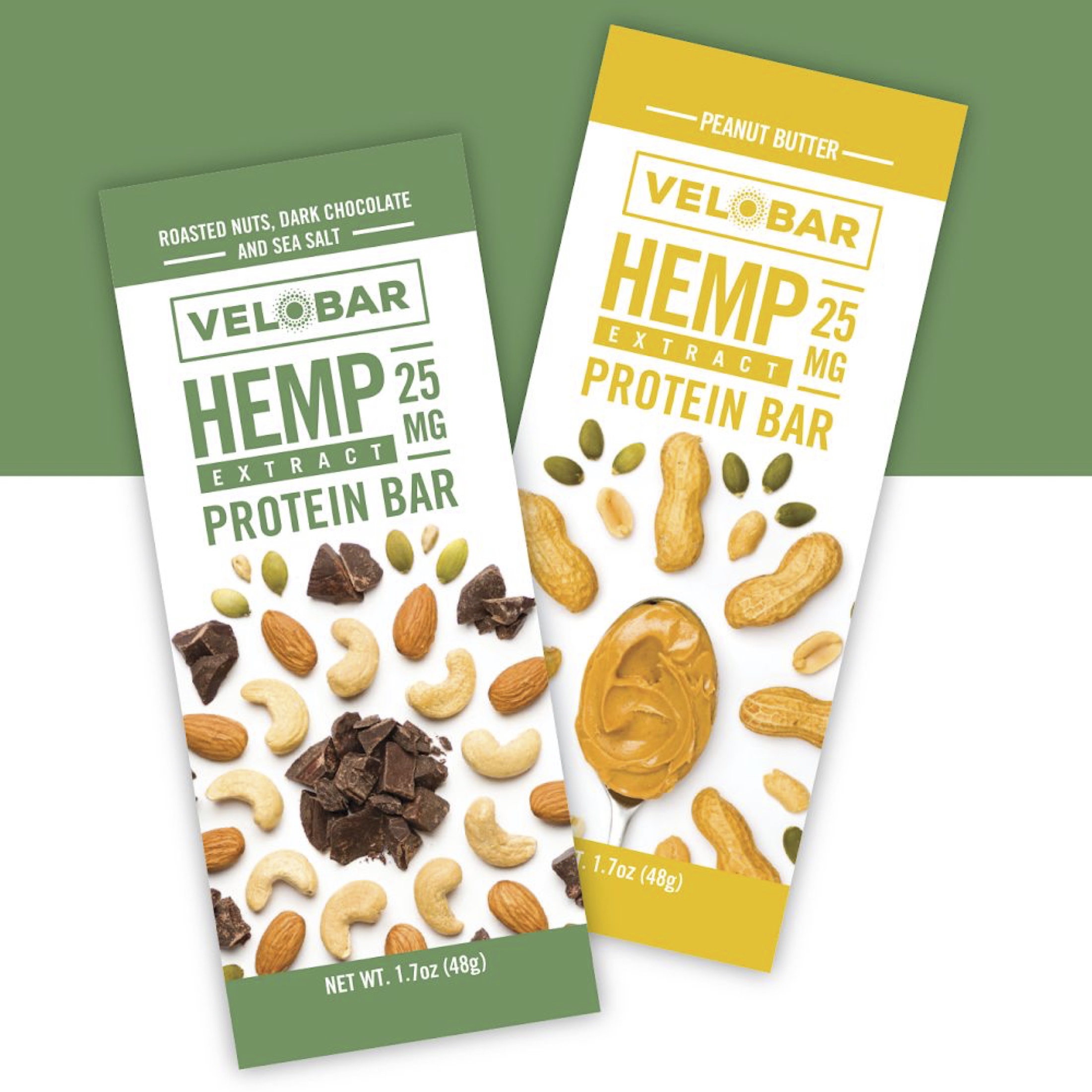 When all is said and done, I truly believe Velobar is the healthiest, best-tasting CBD edible on the market. We're winning awards, and getting great reviews. Try it for yourself after a hike, bike ride or workout - or when you just want a grab-and-go #verymellow moment. 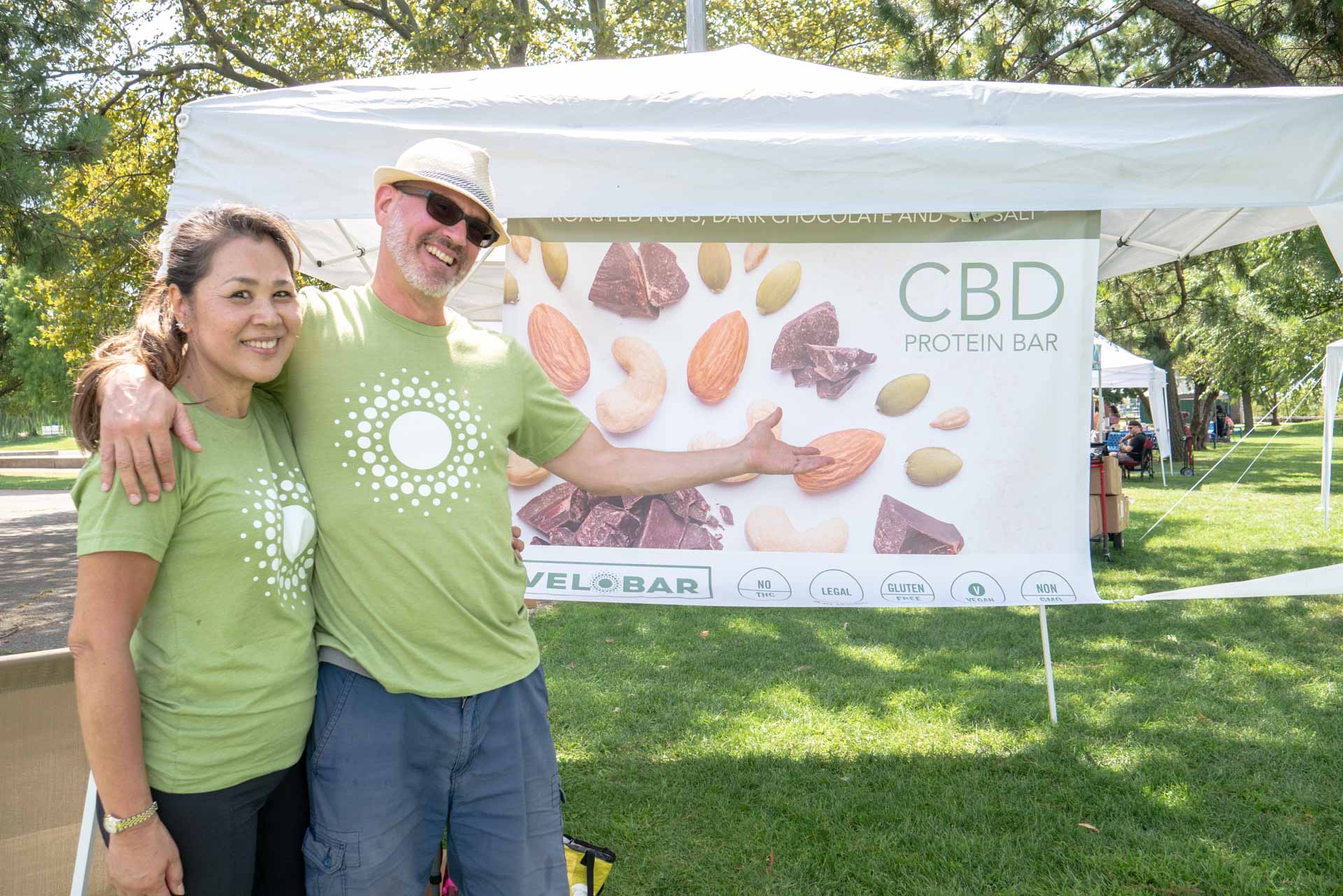